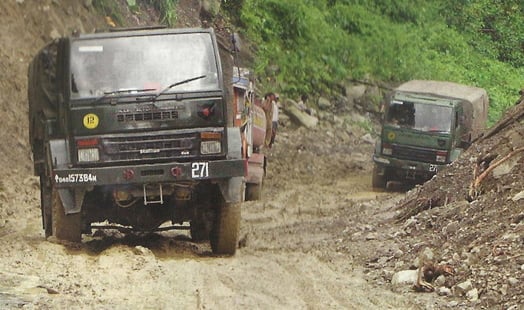 The Union Defence Ministry has approved delegation of administrative and financial powers to the Border Roads Organisation (BRO).
The purpose of delegation of powers is to improve the functioning of the BRO and speed up works to avoid delays in projects and to achieve the desired outcomes according to the requirement of the Armed Force

The BRO is engaged in road construction to provide connectivity to difficult and inaccessible regions in the border areas of the country. On various occasions, Comptroller and Auditor-General (CAG) and the Parliamentary Standing Committee has highlighted delay in the completion of strategic border roads. In pursuance of this, Defence Ministry had intended to bring transformational changes in the BRO in order to improve the pace of execution of works.

Departmental and Contractual works: Defence Ministry has now approved that for both departmental and contractual mode of execution of projects. Moreover, Chief Engineer of BRO can accord administrative approval upto Rs. 50 crore and ADGBR upto Rs. 75 crore and DGBR upto Rs. 100 crore.
In the earlier scheme of delegation of powers, Chief Engineer was able to give administrative approval of works only upto Rs. 10 crore, that too only for departmental works. The ADGBR had powers to accord administrative approval only upto Rs. 20 crore. In case of contractual works, all administrative approvals were given by DGBR, who had powers only upto Rs.50 crore.
Speeding up the tendering process: Defence Ministry also has enhanced the powers of Chief Engineer for acceptance of bids in tendering process with cost of contract upto Rs. 100 crore and upto Rs. 300 crore of ADGBR. Even the entire tendering process including acceptance of bids will be now completed at the level of Chief Engineer/ADGBR for a majority of the contracts.
Fast procurement of latest construction machinery and equipment: Defence Ministry has enhanced the delegation of powers upto Rs. 100 crore to DGBR for procurement of both indigenous and imported equipment. Even, DGBR power hiring of construction equipment has been enhanced upto three years and for Chief Engineers’ (Project) hiring power has been enhanced from 6 months to one year.