Declaration for the Future of the Internet 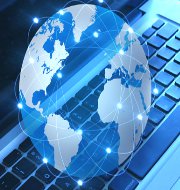 Recently, the USA and 60 other countries signed a new Declaration for the Future of the Internet.

What are the goals of the declaration?

What are the commitments under the declaration

What are the major countries that signed the declaration?

What are the threats to the internet in present times?

What is the rank of India regarding internet shutdowns?

What is net neutrality?

It is the principle that Internet service providers (ISPs) must treat all Internet communications equally, and not charge users different rates based on content, website, platform, etc.

What happens if there is no net neutrality?

Is there net neutrality in India?

In 2018, the Government unanimously approved regulations supporting net neutrality.  The regulations are considered to be the “world’s strongest” net neutrality rules, guaranteeing free and open Internet for nearly half a billion people.

Are there any exceptions to net neutrality rules in India?

The only exceptions to the net neutrality rules are new and emerging services like autonomous driving and telemedicine, which may require prioritized internet lanes and faster than normal speeds.

What are the initiatives of the European Union (EU) regarding data and digital services?

It is a law on data protection and privacy in the European Union (EU) and the European Economic Area (EEA). GDPR also addresses the transfer of personal data outside the EU and EEA areas. It enhances individuals’ control and rights over their data.