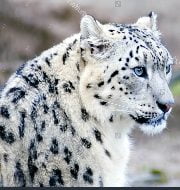 The Padmaja Naidu Himalayan Zoological Park (PNHZP) in Darjeeling, West Bengal has received a male snow leopard named Makalu from London’s Dudley Zoological Gardens.
The male snow leopard will be used for en-situ breeding conservation programme at PNHZP. It will also help to balance the poor sex ratio of the Darjeeling zoo (8 female and 1 male) which is hampering the breeding programme.
The snow leopard was transferred after there were genetic matches of its samples with the resident population of the zoo. It has been named after world’s fifth highest peak Makalu (8,485 metres) located on the south-east side of the Everest.