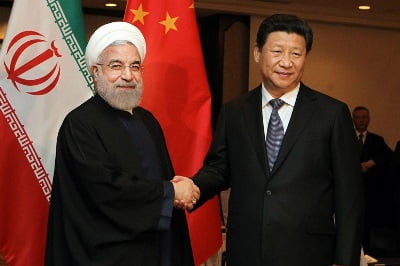 China and Iran have agreed to enter into an agreement worth $400 billion in order to develop the track between Chabahar and Zahedan, which will be extended to Zaranj in Afghanistan. The main objective of the project is to connect Chabahar to Zahedan, the capital city of Sistan-Baluchestan Province and it is expected to be completed by March 2022.

As per the terms and conditions of the China-Iran deal, the total length of the railway track is 628 km out of which 150 km is going to be finished by the end of March 2021. The rest will also be done within the next year. The importance of the project is the strategic location of Chabahar Port as it is the gateway for trade and investment to the country. The development of infrastructure in this stretch is also going to create a lot of job opportunities and promote economic growth of the country.

Moreover, the present project is slated to link Afghanistan also. Due to the land-locked status of that country, this new railway line will save fuel and reduce road accidents apart from facilitating trade across the border with this country.

The project is expected to transport 927000 passengers and 2.8 million of cargoes from March 2022 onwards.

Iran and China have diplomatic relationship since 1979 but in the present times, it has assumed greater significance, especially for India. China has consistently tried in the recent past to increase its presence in Iran, just like all its neighbouring countries. On the other hand, India has also engaged with Iran in the development of Chabahar Port and India-Afghanistan-Iran tri-partite relationship. However, after the US sanctions on Iran, India had to cut down its trade relations with Iran and the recent visit of the US President to India in February 2020 further irked the Iranian authorities. That might have resulted in the recent decision of Iran government to remove India from this same project and now with this deal, the growing China-Iran bonhomie is going to pose new challenges for India in the near future.