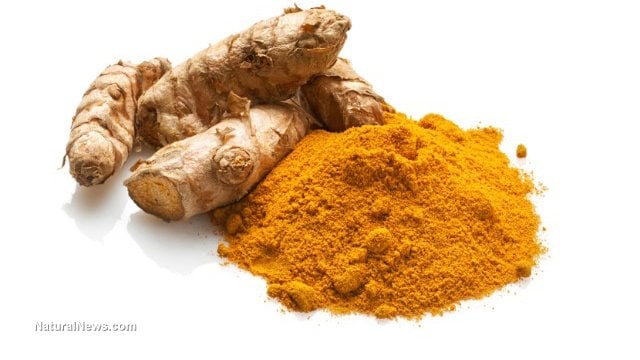 Scientists from United States have found that curcumin, the bioactive component of turmeric that is widely used in Indian cuisine can treat cancer in children.
They have found that nanoparticles loaded with curcumin can target and destroy neuroblastoma tumour cells, which commonly affects children aged five or less.

In their study, scientist had attached curcumin to cerium oxide nanoparticles and tested the formulation in cell lines of a high-risk form of neuroblastoma. It was found that curcumin-cerium formulation induced substantial cell death in neuroblastoma cells while producing no or only minor toxicity in healthy cells.
Significance: The study demonstrates cancer treatment method without the toxicity of agressive therapy. It also shows that nanoparticles can be an effective delivery vehicle for cancer drugs. The use of cerium oxide nanoparticles also help to remove curcumin’s low solubility and poor stability which had earlier restricted its use in therapeutic applications

NB is a type of cancer that forms in certain types of nerve tissue. It most frequently starts from one of the adrenal glands normally near the kidneys. But it can also develop in the neck, abdomen, chest or spine. Its symptoms may include bone pain, lump in the abdomen, neck or chest, or painless bluish lump under the skin. It is mostly resistant to anti-cancer drugs, and is known to cause health problems, such as hearing loss and disabilities, even after successful treatment.