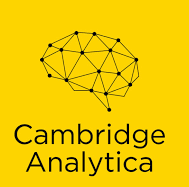 The US Federal Trade Commission held Cambridge Analytica guilty of deceiving Facebook users recently. The process also revealed how they illegally collected data for the US elctions. The firm made use of the OCEAN scale.

Ocean Scale: It is a scale that measures the personality traits of an individual using 5 parameters: Openness, Conscientiousness, Extraversion, Agreeableness and Neuroticism. The scale is also known as the ‘5 big personality traits’ measure. An algorithm was developed to profile the Facebook users according to this scale. The ‘likes’ of these users were used for psychological profiling and more the number of likes, higher the accuracy of the result. Apart from this, the firm also collected information like gender, name, age, location, etc. The information collected was not only of the Facebook users but also their friends. They also made use of Facebook surveys to aid the profiling. The fact that they didn’t receive the consent of these people formed the crux of the prosecution.