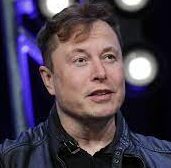 The “Bloomberg Billionaires Index” released the ranking for world’s richest person. The index highlights that, Elon Musk who is the chief of Tesla and SpaceX has achieved a new milestone. He is already the second-richest person across the world. Now, his net worth jumped to $25 billion in a day after Tesla Inc. shares increased sharply on March 9, 2021.

The index highlighted that, the shares of Tesla jumped by 20 per cent. This was the biggest increase in more than a year. Tesla stock was up by 19.64 per cent standing at $673.58 per share. With this increase in the value of share, the valuation of Tesla increased the net worth of the chief to $174 billion. Tesla also benefited from the upgrade by New Street Research analyst Pierre Ferragu.

The Bloomberg report highlighted that, top 10 largest wealth gainers from the tech industries, added $54 billion after there was a sharp rally in the technology shares of United States on March 9, 2021. This surge has come after three weeks of the decline. This decline has pushed the Nasdaq 100 Index down from the peak. The increase in the US shares has also helped Jeff Bezos to gain $6 billion with which his net worth on the Bloomberg Billionaires Index now stands at $180 billion.

It is a daily ranking of the richest people of the world. The index provides for the detailed calculations in the net worth analysis of each profile page of the billionaires. These figures are updated at the end of every trading day in New York.

He is a business magnate, industrial designer, and engineer. He is also the founder, CEO, CTO, and chief designer of the SpaceX and the product architect of Tesla. He also founded the Boring Company. He is a co-founder of Neuralink and OpenAI.