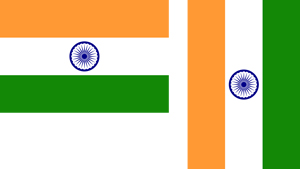 The Armed Forces Flag Day has been observed in India since 7th December 1949. The day is dedicated towards collection of funds from the people. The collected fund will be used for the welfare of the armed personnel, ex-servicemen and also to rehabilitate battle causalities. The Defence Minister Rajnath Singh has recently announced that this day will be celebrated throughout December and has called on people to contribute to the fund.

The month of the December is to be celebrated as “Gaurav Maah”.

As India gained independence, a need arose for Government of India to manage the welfare of the defence personnel. A committee was set up in 1949 under the then Defence Minister Baldev Singh. The committee recommended to observe Flag Day annually on December 7. On Armed Forces Flag Day, small flags to general population will be distributed in return to the donations made by the public.

What is the main purpose of Armed Forces Flag Day?

Who collects the Funds?

The KEndriya Sainik Board operating under the Ministry of Defence collects the funds.