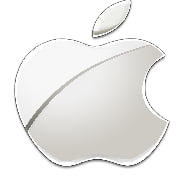 Riding high on a buoyant quarter, Apple has become the world’s most valuable publicly-traded company, surpassing the state oil giant Saudi Aramco that had gone public last year in one of the most talked IPO debuts.

It took place due to the surge in the price of shares of Apple by 10.47% which took its market valuation at $1.84 trillion. Saudi Aramco, which has held onto its top position since its debut last year, now trails Apple at a market valuation of $1.76 trillion. Apple has made a strong comeback from its pandemic low-point in March 2020 and now is up by more than 44% this year.

Reason for this stellar performance

The reason for this achievement can be attributed to the strong third-quarter earnings of the company. The company reported an 11% year-on-year growth for this fiscal and it has also announced a 4 for one stock split in its conference call. Apple beat its consensus revenue by 14% as ecosystem engagement rises. Despite the COVID 19 pandemic, the company reported revenue growth in every segment and geography.