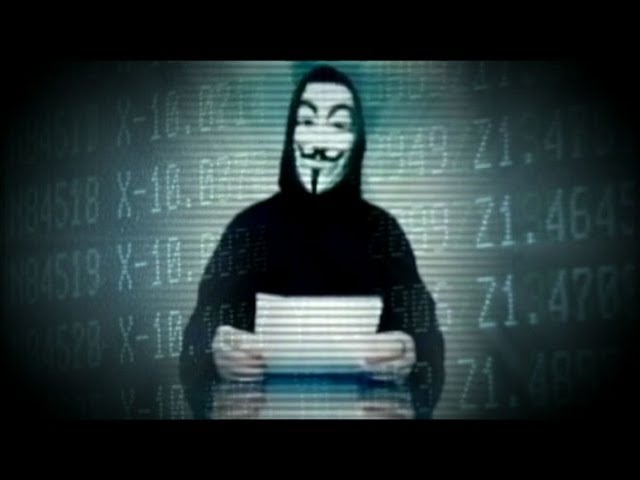 Anonymous is an international decentralized activist and hacktivist group and movement known for its cyber-attacks against government agencies and institutions, governments, corporations, and the Church of Scientology.

Following a series of attacks against the Church of Scientology known as Project Chanology, Anonymous became associated with hacktivism in 2008. Raid on the Church’s websites, sending black faxes designed to waste ink cartridges, prank-calling their hotline, and initiating DDoS attacks were organized by 4chan users. A video was also posted online where the group warned the Church of Scientology about eviction from the internet.

In 2010, Anons came to know about Aiplex Software, an Indian software company that worked with movie companies to launch DDoS assaults on copyright infringement websites like The Pirate Bay. Through Internet Relay Chat (IRC) coordination, Anons used a DDoS attack on Aiplex’s website and shut it down for a day. The group next targeted the Recording Industry Association of America (RIAA) and the Motion Picture Association of America (MPAA), shutting down both sites.

In 2010, when WikiLeaks started leaking US diplomatic files, Amazon.com removed WikiLeaks from its servers, while PayPal, MasterCard, and Visa stopped providing service to the group. Anons expanded Operation Payback to include Operation Avenge Assange and assaulted PayPal blog via DDoS attacks. Other organizations such as PostFinance, a Swiss financial company that had denied WikiLeaks service, EveryDNS, a web-hosting company that had also denied service, and the website of U.S. Senator Joe Lieberman, who had supported the cut off were also targeted. The websites of Mastercard and VISA were also attacked.

During the Tunisian Revolution, Anonymous launched a series of distributed denial-of-service (DDoS) attacks against the government websites of Tunisia. The protestors were provided the documentation necessary to overthrow the incumbent government, Greasemonkey script to escape government proxy interception by Anonymous.  They also helped in passing information related to the protests to and from the country.

In 2011, Anons targeted Aaron Barr, CEO of HBGary Federal a computer security firm as he threatened to release the identity of Anonymous members. The HBGary website was attacked and Barr’s password was stolen to spam his twitter feed with racist tweets. Anons also uploaded a massive cache of HBGary’s e-mails as a torrent file on Pirate Bay. According to the e-mails, Barr and HBGary suggested to Bank of America a strategy to discredit WikiLeaks in revenge for a planned leak of Bank of America papers. Following the attacks of Anons, Barr stepped down from the position of CEO with his reputation being destroyed. HBGary also distanced itself from Barr and negotiated with Anonymous to not target them further.

Anons have also targeted organizations that were accused of Homophobia. The site of Ugandan Prime Minister Amama Mbabazi was also targeted after his government considered bringing out an anti-homosexuality law.

In 2012, in retaliation to the treatment received by the Chinese citizens, Anonymous took down 485 Chinese government websites.

Anonymous took down Israeli websites after the military operation of Israel in the Gaza Strip in 2012.

The Ku Klux Klan (KKK) had made death threats during the Ferguson riots, thus Anonymous declared cyberwar on the KKK. They hacked the KKK’s Twitter account, targeted servers hosting KKK websites, and began leaking members’ personal information. After Tamir Rice, a twelve-year-old kid armed only with a BB gun, was shot and killed by a police officer in a Cleveland park, Anonymous took down the city website and posted a video. Anonymous also released the phone number and address of a police officer who was involved in the shooting.

Following the November 2015 Paris Attacks, Anonymous targeted ISIS websites and took down 20,000 of them. They also doxxed (the act of revealing personal information of an individual or organization to the public) several recruiters of ISIS.

BlueLeaks or #BlueLeaks is the 269 terabytes of internal US law enforcement data, which was disclosed by Anonymous in 2020.

Anonymous also targeted Epik, a web hosting company, that provides services to websites that host neo-Nazi, far-right, and other extremist content. Their data was breached and all information’s regarding the extremists were dumped into public domains.

Following the Russian invasion of Ukraine, Anonymous declared cyberwar against Russia and targeted government websites. And took them down. Anonymous also released 200GB of emails from Tetraedr, a Belarusian weapons firm that offered logistical support to Russia during its invasion of Ukraine. Furthermore, Anonymous hacked into Russian television channels, broadcasting uncensored news from Ukraine and playing Ukrainian music through them.