Andaman and Nicobar police station named the best in the country 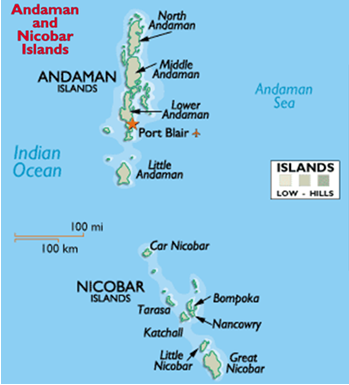 The Ministry of Home Affairs has named the Aberdeen Police Station in the South Andaman and Nicobar Islands as the best police station in the country. The assessment was made by the Quality Council of India/ QCI which then reported to the MHA at the centre. Some of the parameters of assessment were corruption, crèche facility, crime detection rate, public feedback, crime rate, action taken, assistance provided in case of distress, coastal security, etc. The station had shown top performance despite its remote location, poor connectivity in terms of cell phone and internet, unpredictable weather conditions, vulnerability to earthquakes, etc. The station recorded a crime detection rate of over 95%.

The award for the best police station is being conferred since 2015. Other top performers of the year are Balasinor Police Station in Gujarat and Ajk Burhanpur Station in Madhya Pradesh.