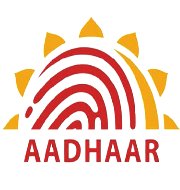 What does the amendment say?

How does this help the government?

How can Aadhaar be updated?

Aadhaar can be updated by submitting Proof of Identity (POI) and Proof of Address (POA) documents as mentioned under the Aadhaar Enrolment and Update Regulation. A new feature has been developed on the myAadhhar portal and mobile application to facilitate the updation of Aadhaar and related documents. Aadhaar enrolment centres are also involved in the updation activities. Since the Aadhaar enrolment of adults is nearing 100 per cent, the role of more than 3,500 Aadhaar enrolment centres is shifting towards updating the user details. In 2021, over 16 crore Aadhaar card holders have made changes, like spelling of their names, mobile number, address, photograph etc. The number of new enrolment neared 4 crore.