AICS reconstituted to 18 Members from the earlier 27 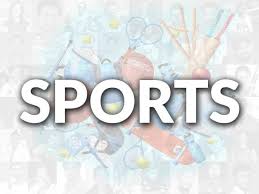 As the Olympic year begins, The Ministry of Youth Affairs and Sports has reconstituted the advisory body, All India Council of Sports (AICS) and extended the tenure of the body to three years. V. K. Malhotra remains the President of the Council.

The number of members of the advisory body was reduced to 18 from the original count of 27. The new inductees to the council are wrestler Yogeshwar Dutt, 2016 Paralympics medalist Deepa Malik, Mountaineer Bachendri Pal,  former cricketers Harbhajan Singh and Krishnamachari Srikant, the former track and field athlete P.T. Usha among others. Along with Deepa Malik, Padma Shri recipient Basketball player, Prashanti Singh and Asian Games medallist Anjali Bhagwat were included as ‘Sports Experts’.

The notable former members who were omitted for reconstituting the committee to 18 members include Sachin Tendulkar, former Indian football team captain Bhaichung Bhutia and the former World Champion in Chess, Viswanathan Anand. The committee was formed in December 2015 by the Union Sports Minister and the current Chief Minister of Assam, Sarbananda Sonowal.