A new Head on Generation technology introduced in Indian Railways 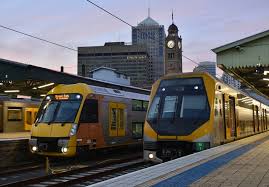 The Indian Railways has introduced an environment friendly and energy efficient solution in passenger trains to address noise and air pollution. The technology changes the locomotives and coaches and makes them suitable for Head On Generation. The Railways has developed and improvised converter that are to be fitted in electric locomotives. These converters can replace diesel generators as well. The converters make the locomotives suitable to run-on head-on generation technology.

Between April 2018 and November 2019 around 436 trains have been converted into HOG compliant. The technology reduces noise level, reduces emission of carbon dioxide, diesel consumption.

In Head on Generation technology, the power will be drawn from overhead Electric supply. Huge noise making fume emitting power generators will be replaced by silent generators. It was first introduced in India in 1996 when India signed an agreement with Germany. Germany transferred the technology to the Indian Coach Factories. Rajdhani, Samprak Kranti, Duronto, Shatabdi and Hamsafar are some of the trains where the technology was first implemented.