25th Amendment of US Constitution 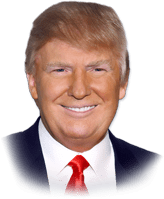 The US President Donald Trump and the first lady have tested positive to COVID-19. He is currently treated at the Walter Reed Medical Centre.

The 74-year-old President is working from the centre. If his health deteriorates, the vice president will take over his role. The provisions to the scenario was provided by the 25th Constitutional Amendment of the US.

Before the amendment there was no clarity over the scenario such as vacancy of office of vice president and also over inability of president to discharge his duties and power.

25th amendment of US Constitution

The amendment clarifies that the vice president succeeds when the president dies, removed from office or resigns.

Key Features of the amendment

Among these sections, only section 4 has not been invoked so far in the history of US.

In 1973, President invoked the amendment to appoint vice president. Gerald Ford was appointed as the Vice President as Spiro Agnew resigned.

The amendment was invoked again when Nixon resigned in 1974 and Gerald Ford succeeded as president.