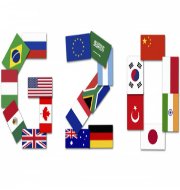 The 2016 Group of Twenty (G20) Summit was held in Hangzhou, China from 4th to 5th September 2016 to discuss efforts to reform global economic governance.
It was the eleventh meeting of the G20. It was the first ever G20 summit to be hosted in China and the second Asian country after 2010 G20 Seoul summit was hosted in South Korea.
The theme of 2016 G20 Summit: “Toward an Innovative, Invigorated, Interconnected and Inclusive World Economy”.
Key Highlights of 2016 G20 Summit

Note: The G-20 comprising of world’s group of developed and developing countries represents over 85% of the world’s economy and two-thirds of global population.