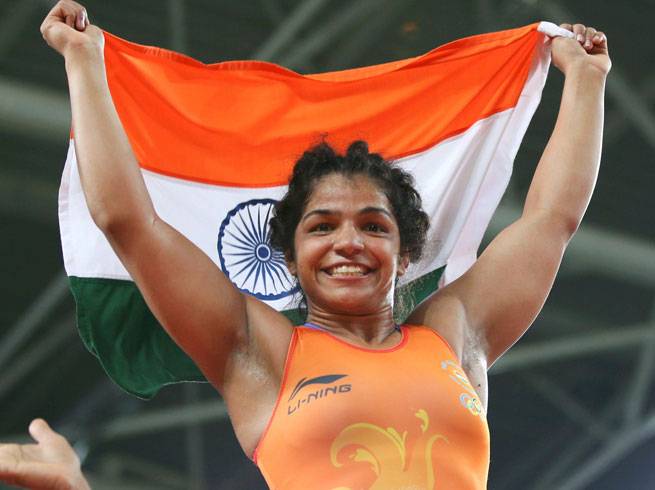 Freestyle wrestler Sakshi Malik (23) won India’s first medal at the 2016 Rio Olympic Games by clinching the bronze in the 58kg category.
With this victory she created history by becoming the first Indian woman wrestler to win an Olympic medal. It was India’s overall 25th medal in Olympic Games.
In the playoff bout, Sakshi defeated Aisuluu Tynybekova of Kyrgyzstan by 8-5 points. With this she becomes only the fourth woman athlete from India to win an Olympic medal.
Weight-lifter Karnam Malleshwari was the first Indian to win an Olympic medal. She had won a bronze medal in weight lifting event at the 2000 Sydney Games.
Boxer MC Marykom and Shuttler Saina Nehwal also had won a bronze medal each in boxing ad badminton respectively at the 2012 London Games.
Olympic medals in Wrestling