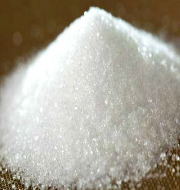 The World food prices have increased for the ninth consecutive month in February 2021. This increase is the at its highest level since July 2014.

The Food and Agriculture Organisation stated that the food prices have increased because of jumps in prices of sugar and vegetable oils. The food price index measures the monthly changes for a basket containing the cereals, dairy products, oilseeds, meat and sugar. The index had averaged to 116.0 points in February 2021 against the 113.3 points in January. The FAO also highlighted that; the cereal harvests remained on course worldwide so as to hit the annua record in the year 2020.

The food and agriculture organisation had increased its forecast in the 2020 cereal season to 2.761 billion tonnes. Earlier it was estimated as 2.744 billion. The global rice production forecast was also increased by 2.6 million tonnes for March 2021 as compared to February.

The food price index is released by the Food and Agriculture organisation. It measures the monthly change in international prices of basket of food commodities.