World Breastfeeding Week 2020 is being observed 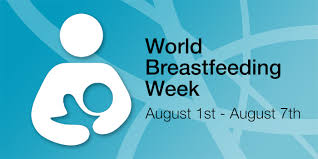 World Breastfeeding Week is being observed globally during the first week of August as an annual affair and the week is mainly to commemorate the signing of the Innocenti Declaration in August 1990. This global campaign was first organized by the World Alliance for Breastfeeding Action (WABA) in collaboration with the World Health Organization and UNICEF in 1992, in an attempt to raise awareness regarding the importance of breastfeeding in the first six months of a child’s life.

The main objective of WABA after its inception in February 1991 has been to reintroduce the culture of breastfeeding around the world as the primary source of nutrition for a child. Another important role of breastfeeding is that it protects the child from various deadly diseases by building strong immunity.

In 2020, the WABA has decided to keep a theme to promote their overall goals and with that objective in mind, the theme for this year is ‘Support Breastfeeding for a healthier planet.’ For the week starting August 1 till August 7, the organization will be working to highlight how infant breastfeeding is important for environmental and climate change and how it is responsible for the overall health and well-being of the planet.

Breast milk serves as a natural and renewable source of nourishment for children that does not impact the overall environment in a negative manner. It is completely green as it produces no waste and the production and delivery of this also does not cause any kind of pollution.

Significance of the Campaign

Through the World Breastfeeding Campaign 2020, WABA means to highlight the negative effects that artificial feeding has on the environment and how it serves as a drain on the natural resources of the world.