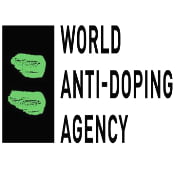 The World Anti-Doping Agency (WADA) has slapped Russia with a four-year ban from international sports events, over longstanding doping scandal. The ban includes next summer’s Tokyo Olympics (which opens 24 July 2020) and 2022 Beijing Winter Games. However, Russia’s anti-doping agency can appeal decision to Court of Arbitration for Sport (CAS) within 21 days.

The sanctions are harshest punishment yet for Russian state authorities who were accused of tampering with a Moscow laboratory database. WADA investigators and International Olympic Committee (IOC) agreed that evidence showed Russian authorities corrupted data from Moscow lab that was long sealed by security forces. As a result, hundreds of potential doping cases were deleted and evidence falsely planted to shift blame onto whistleblowers.

The WADA ruling means that Russia’s flag, name and anthem will not appear at Tokyo Games, and the country also could be stripped of hosting world championships in Olympic sports. Although Russia’s athletes will still be able to compete in major events only if they can show that they are not implicated in positive doping tests or if their data was not manipulated.

For soccer’s 2022 World Cup, as per WADA ruling, the Russian team will play under its name in qualifying program in Europe. Bu, if it qualifies to play in Qatar, the team name must be changed to something neutral that likely would not include the word ‘Russia.’