Which Language does Indians Speak?

The idea proposed by the Union Home Minister Amit Shah that Hindi is the unifying language and must be made National language has created a lot of resentment especially in southern states. Below is the Hindi language profile in India (based on 2011 census). 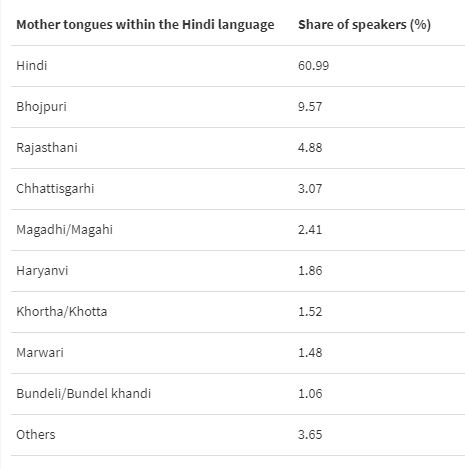 An important fact which needs to be observed here is despite being spoken by a large number of people, Bhojpuri and Rajasthani are not listed as scheduled languages, while Bodo and Nepali which are spoken by relatively fewer people are listed in the Eighth Schedule.