What is the unique Martime Cluster coming up in GIFT city of Gujarat? 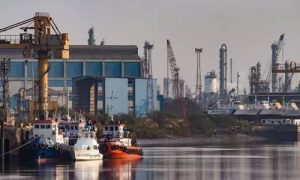 While launching Ro-Pax terminal at Hazira and flagging-off Ro-Pax ferry service between Hazira and Ghogha on November 8, 2020, Prime Minister Narendra Modi said that Gujarat maritime cluster ports, a dedicated system to address Ports to sea-based logistics, will be built in GIFT city.

Why Maritime Cluster Project is needed?

The maritime cluster project was conceptualized in 2007 and received in-principle approval from the state government in 2015. A high-level committee was also constituted for this project. Last month, it got approval to be based out in the Gujarat’s GIFT city. The cluster will take an area of 8,000 square feet in GIFT City.