What is the Assam Mizoram border dispute? 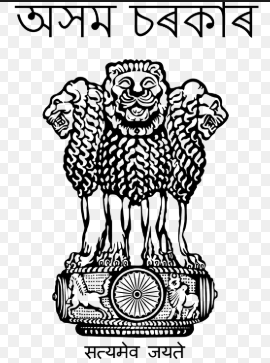 In early October, 2020, the residents of Assam and Mizoram fought over territory and injured at least 8 people. This is mainly due to the dispute between the states over the interstate boundary.

The dispute between Assam and Mizoram began after the notification of 1875 that differentiated plains of Cachar and Lucia hills. Later another demarcation was introduced in 1933 creating a boundary between Lucia Hills and Manipur.

Earlier in colonial times Mizoram was called Lushai Hills and was a district of Assam. In 1987 Mizoram was granted statehood and carved out of Assam under state of Mizoram act.

According to Mizoram the boundary should be demarcated on the basis of 1875 notification. On the other hand, Assam government wants to follow the 1933 demarcation. This is the point of conflict between the states.

The 1875 notification was derived from the Bengal Eastern Frontier Regulation Act 1873.

The Assam Mizoram conflict is comparatively less frequent than that of the conflict between Assam and other neighbouring States such as Nagaland.

Other boundary conflicts in the northeast

Assam has boundary disputes with Nagaland, Arunachal Pradesh and Meghalaya as well.

According to the Assam state government, around 50,000 hectares of its territory were annexed by Nagaland. The boundaries of Nagaland is defined by the Nagaland state act of 1962.

The Naga Hills and Tuensang were integrated as autonomous area in 1925 notification. This was not accepted by the Nagas. They demanded that Nagaland should comprise of Naga Hills and regions dominated by the Nagas in the Nagaon and North cachar districts. This was the main reason for the first border clashes between Assam and Nagaland in 1965. Since then there were frequent violent clashes between the states. The major armed conflict were reported in 1968, 1979 and 1985.

The first conflict between Assam and Meghalaya emerged when Meghalaya challenged the Assembly organisation act of 1971. Under this act, the parts of Mikir hills were annexed to Assam. According to Meghalaya these regions are a part of united Khasi and Jantia hills.

Arunachal Pradesh was formed in 1972 and was named a union territory. It was later carved out of Assam as a state in 1987.

The people of Arunachal Pradesh agree to borders of the state under the North East reorganisation Act 1971. However, there are issues of Assamese encroachment along the borders that lead to frequent conflicts between the states.