Western Ghats home to a rich stock of butterflies 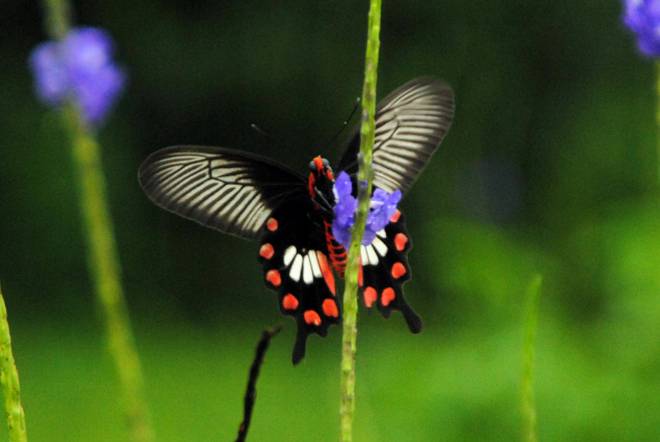 The three-day survey that ended in the  Wayanad Wildlife Sanctuary (WWS) on 11 Nov emphaised that Western Ghats is still home to a kaleidoscope of butterflies. Wayanad Wildlife Sanctuary is an animal sanctuary in Kerala.  The survey was done jointly by the Forest and Wildlife Department in association with the Ferns Nature Conservation Society (FNCS). The survey was conducted in all the four forest ranges under the sanctuary, including Muthanga, Tholpetty, Kurichyad and Sulthan Bathery, simultaneously. The survey was mainly aimed at assessing the butterfly diversity in the forest areas of the region, which is vulnerable to climatic changes. It was also wanted to assess the availability of nectar plant and larval host plant, essential for the survival of butterflies. The diversity of butterflies was very low in the forest areas where alien invasive plants such as Senna spectabilis invade other endemic plants, whereas the diversity was very rich in areas where plants such as Mikania micrantha and Lantana camera remained dominant.