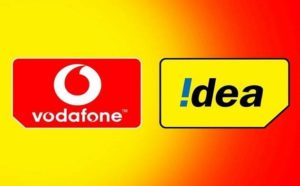 The merger of Idea Cellular and Vodafone India has been completed after it was cleared by National Company Law Tribunal (NCLT). This merger has created India’s biggest telecom service provider. The merged entity is named Vodafone Idea Ltd and dislodges current market leader Bharti Airtel from top position, by its sheer size and scale. New board has been constituted for merged entity with 12 directors (including six independent directors) and Kumar Mangalam Birla as its Chairman.

The combined entity will have nearly 443 million customers surpassing Bharti Airtel’s 344 million users. Moreover, it will have all-India revenue market share of 32.2% and take numero uno slot in nine telecom circles. It will have broadband network of 3.4 lakh sites and distribution network with 17 lakh retail outlets.
The combination will have wide spectrum portfolio of about 1,850 MHz, over 2 lakh mobile sites and about 2.35 lakh kms of fibre network. This will allow merged entity to offer superior voice and broadband connectivity across the country, covering 92% of the population and reaching nearly 5,00,000 towns and villages.