Viveck Goenka elected as chairman of Press Trust of India 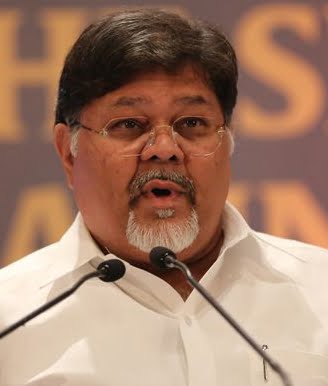 Viveck Goenka, chairman and managing director of Express Group was unanimously elected as Chairman of Press Trust of India (PTI). N Ravi, former editor-in-chief of The Hindu was elected vice-chairman.
They were elected at meeting of board of directors of PTI following the company’s 69th annual general meeting. Goenka who was earlier vice-chairman, will succeed Riyad Mathew of Malayala Manorama group.

Viveck Goenka is engineer by qualification. He has been heading Express Group since mid-1990s. The group runs English newspapers The Indian Express and The Financial Express, Hindi newspaper Jansatta and Marathi newspaper Loksatta. He is also director of Indian Newspaper Society and member of Advertising Association’s India chapter. In past, he was chairman of United News of India (UNI) news agency and council member of Audit Bureau of Circulation. He is also head of non-profit Ramnath Goenka Foundation.

PTI is largest news agency in India. It is nonprofit cooperative among more than 500 Indian newspapers and has more than 1,000 full-time employees. It provides news coverage and information of the region in both English and Hindi. It is headquartered in New Delhi.
It had taken over operations of Associated Press of India (API) from Reuters after India’s independence in 1947. It employs over 400 journalists and 500 part-time correspondents located in most of district headquarters in country.