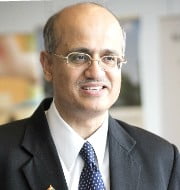 Senior diplomat Vijay Keshav Gokhale has been appointed as India’s Ambassador to China.
He will replace Ashok Kantha, who was appointed as envoy to China in January 2014 for a two-year term i.e. till January 2016.
Currently, Mr.Gokhale is serving as the India’s Ambassador to Germany. He is a 1981 batch India Foreign Service (IFS) officer.
Prior, to his appointment as India’s top envoy to Germany, he had served at different Indian missions including in Hong Kong, Hanoi, Beijing and New York.
Mr.Gokhale also had held the posts of director (China and East Asia) and joint secretary (East Asia) in the Ministry of External Affairs (MEA) headquarters in New Delhi, . He is known to be one of the most knowledgeable Indian diplomat who is well versed with international affairs of China.