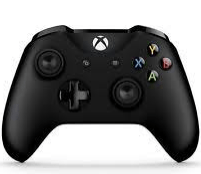 The Olympic Council of Asia (OCA) will feature Video gaming as a full sport at the 2022 Asian Games. According to OCA, the decision to include e-sports was taken to reflect “the rapid development and popularity of this new form of sports participation among the youth.” Hence, e-sports would be introduced as a medal sport to the official program of the Asian Games at Hangzhou, China. It will be included as a demonstration sport at the 2018 Asian Games in Palembang, Indonesia. OCA has entered into a collaboration with Alisports, a unit of China’s Alibaba Group, to bring e-sports to the games. However, no details have come out on the details of the video games that would be included.
The Asian Games features a wide range of traditional Olympic. It includes some of the more obscure sports like sepak takraw ( a game that has features of soccer and volleyball), kabaddi, etc. It also includes a variety of martial arts, contract bridge, jet-ski racing and sport climbing etc.