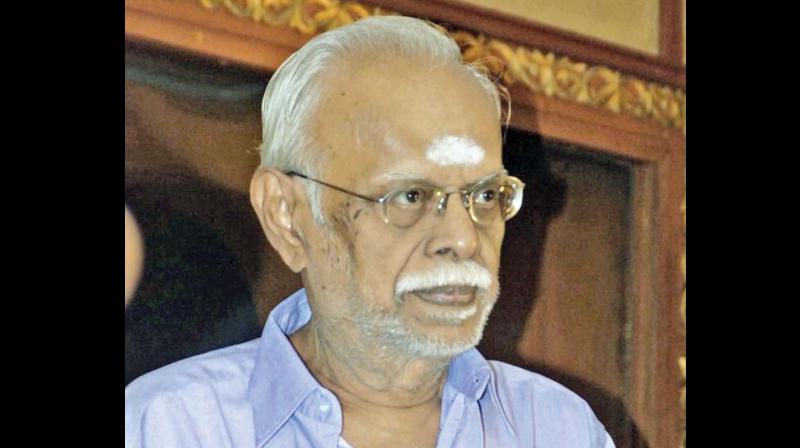 Veteran film producer, screenplay and script writer Panchu Arunachalam passed away in Chennai, Tamil Nadu following brief illness. He was 75.
He had mostly worked in Tamil cinema and had introduced Ilayaraja (renowned film composer) as music director in his film Annakili. He had made most of films starring Kamal Hassan and Rajinikanth.