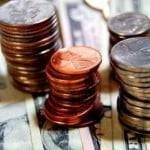 Venezuela’s President Nicolas Maduro has signed an emergency decree ordering the 100 bolivar bill, the country’s largest banknote, out of circulation in the next 72 hours. This move has been taken to thwart mafias from hoarding cash in Colombia. Investigations conducted by Venezuelan agencies have found that billions of bolivars, in bills of 100, were stashed away by international mafias in Colombia and Brazil. Instead, the government of Venezuela has announced that it will issue new banknotes and coins in values up to 200 times the highest denomination currently available. Currently, Venezuela is in the midst of an economic crisis and has the world’s highest inflation.