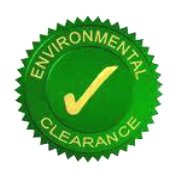 Union Government has launched a web portal for online submission of applications for environment clearance by State Environment Impact Assessment Authorities (SEIAA) for Category B projects.
It was launched by Union Minister of State for Environment, Forest and Climate Change Prakash Javadekar in New Delhi on the occasion of Digital India Week. Soon after the launch of the web portal, nineteen states instantly have joined it.
The environment clearance web portal raises the levels of transparency and accountability as the clearances will be monitored and carried out effectively on a real time basis. It will also help to reduce pendency for maintaining the rigours of Environment Clearance process.
Previously in 2014, MoEFCC had launched the online application system for Environmental Clearance for Category-A projects under Environment Impact Assessment (EIA) Notification, 2006 which needs national level approvals.
It should be noted that applications for Environment Clearances under Category ‘B’ projects under EIA notification, 2006 comes under State government for approval purpose.
MoEFCC had taken decision in this regard to launch this web portal in order to increase transparency in Environment Clearances without compromising upon the rigour of it at the State level.