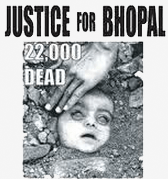 As per the ruling of US court, neither Union Carbide nor its former chairman Warren Anderson are liable for environmental remediation or pollution-related claims  at the firm’s former chemical plant in Bhopal. The lawsuit that accused Union Carbide of causing soil and water pollution around the Bhopal plant due to the disaster has been dismissed by the court. As per the the court it was Union Carbide India Ltd, and not its parent company UCC that was accountable for the generation and disposal of the waste that polluted drinking water, and the liability rests with the state government. The worst industrial disaster in the Indian history led to the leak of toxic methyl isocyanate, killing thousands of people in Bhopal.