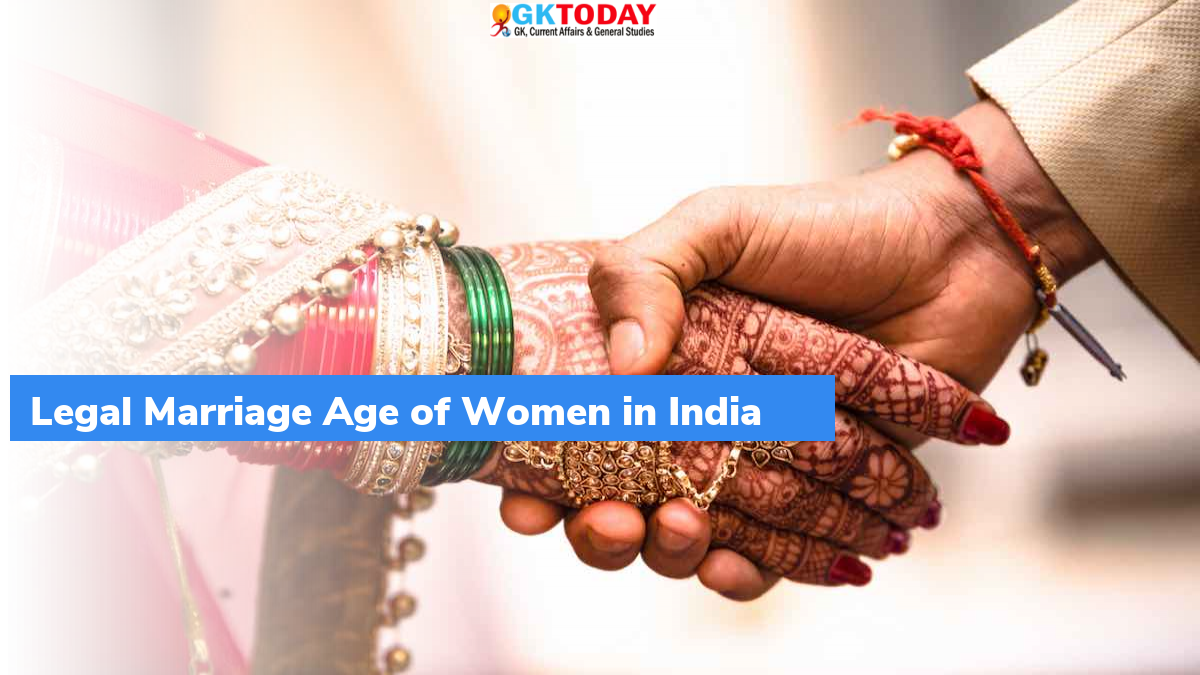 On December 15, 2021, the Union Cabinet approved the proposal of increasing marriage age for women from 18 years to 21 years.

This proposal was approved a year after Prime Minister Narendra Modi announced this in August 2020, during the Independence Day address.

Currently, the minimum age of marriage for men is 21 while for women it is 18.

The Task force, headed by Jaya Jaitley, was constituted in June 2020. It was constituted by Ministry of women & child development, to re-examine the right age of marriage for girls. It gave report in December 2020. It had recommended that, minimum age of women at the time of giving birth to first child should be 21. Task force recommended to increase marriage age for girls from 18 years to 21 years. Proposal also correlated the marriage age to health & social indices like maternal mortality, infant mortality, and nutrition levels in mothers and children.

What acts will be amended now?

With the approval of this proposal, government will bring amendments to the Prohibition of Child Marriage Act, Hindu Marriage Act and Special Marriage Act for giving new proposal a shape.

Delay in marriage will positively impact the economic, social and health of women, children, families, and society. It will also save women from malnutrition.

What does experts say?

Experts are of the view that, increasing age of marriage will not work. This is because: