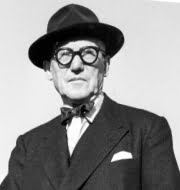 The United Nations Educational, Scientific and Cultural Organization (UNESCO) has listed Swiss-French architect Le Corbusier’s works among its World Heritage Sites list.
In this regard, announcement was at the 40th session of the World Heritage Committee (WHC) of UNESCO held in Istanbul in Turkey.
Le Corbusier works were added in the list in recognition of his contribution in spearheading the modern architectural movement after World War I, with an emphasis on functionality, bold lines and materials such as concrete, iron and glass.
His 17 sites across spread across seven countries France, Switzerland, Belgium, Germany, Argentina, Japan and India have been added in the World Heritage Sites list.