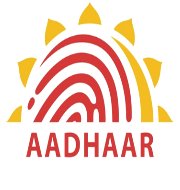 The face authentication will be in addition to fingerprint or iris scans for Aadhaar authentication. In initial phase, telecom service providers (TSPs) will be first to use face recognition to authenticate subscribers while issuing new SIM cards. In later phases, it will be rolled out to all agencies using Aadhaar for authentication in phases.

This move is aimed at curbing possibility of fingerprint cloning or spoofing and also seeks to tighten audit process and security around the issuance and activation of mobile SIMs. It will also help to solve authentication problem for those who have issues regarding fingerprint and iris scan. Fingerprints wear out either with person’s old age or due to jobs such as heavy manual labour.