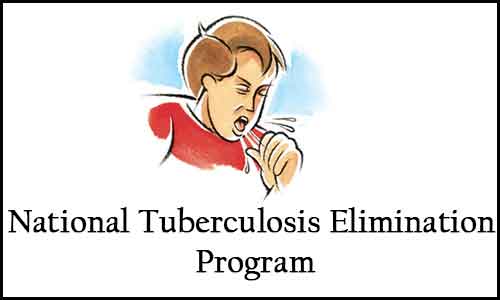 With the aim to detect cases earliest and treat them, back in 1962, the National Tuberculosis Control Programme was started which from 1st January 2020 onwards has been renamed with now focus from control shifting to elimination as National Tuberculosis Elimination Programme. The change of name was initiated by the Ministry of Health and Family Welfare through a letter on 30th December to all the Chief Secretaries of states and union territories. The change of the name is in line with the Prime Minister of India, Narendra Modi announced target year in March 2018 for ending tuberculosis from the country by 2025 by focusing on the larger goal of achieving the Sustainable Development Goals target five years ahead of the target year 2030.

Earlier the Central Government of India has also changed named for the National Control Program of both Leprosy and Polio to National Leprosy Eradication Program and National Polio Eradication Program. The change of name will provide a huge thrust to the people from the top to bottom who have been working for the elimination of tuberculosis in the country.