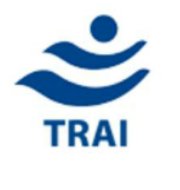 The Telecom Regulatory Authority of India (TRAI) has signed a letter of intent (LoI) with Malaysian Communications and Multimedia Commission (MCMC) deepen bilateral cooperation in telecom and broadcasting regulation.
The LoI was signed on the sidelines of ongoing ITU-TRAI Asia-Pacific Regulators’ Roundtable jointly organised by the International Telecom Union (ITU) and TRAI in New Delhi.

The LoI will help both regulators to jointly conduct capacity building exercises in the fields of broadcasting and telecommunications regulation. It will help them to work closely in enhancing mutual cooperation and bilateral relations.
It will also facilitate exchange of information and regulatory best practices in the fields of broadcasting and telecommunications, including new and emerging areas. It will also help in exchange, deployment and attachment of experts from both the countries.

The TRAI is an independent regulator of the telecommunications business in India. It came into existence by the Act of the Parliament in 1997. It was established in wake of entry of private sector in telecom industries after Government had launched the National Telecom Policy (NTP) to attract domestic and FDI investment in the telecommunication sector. Its mandate is to deliver a fair and transparent environment for fair competition in telecom market. TRAI also fixes or revises the tariffs for telecom services in India.