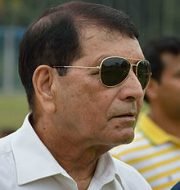 The Mohun Bagan FC has conferred club’s highest decoration Mohun Bagan Ratna (jewel) on legendary Indian Footballer Syed Nayeemuddin.
With this, he became 16th recipient of the prestigious award which is bestowed upon person for making seminal contribution to the success of the club.