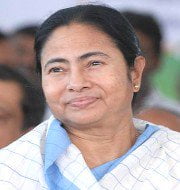 Swasthya Sathi scheme is a health insurance scheme of the West Bengal government. It was launched in 2016 and it has now been expanded to cover the state’s entire population. It provides basic health cover for secondary and tertiary care up to 5 lakh INR per annum per family. Both state-run and private hospitals are part of the scheme. The card under the scheme is issued to the female guardians of the families.

What are the new expanded features of Swathya Sathi Scheme?

The West Bengal Government has not implemented the Ayushman Bharat Health Scheme launched by the central government. The state of West Bengal is to go for elections in 2021. The State Government has been lately launching several schemes and expanding the existing schemes in the lime light of assembly elections.

The West Bengal Government recently launched the Duare Sarkar Campaign under which the Government services are to be provided at the door steps.