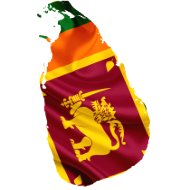 The process to formulate new constitution in Sri Lanka has begun to replace the current executive president headed constitution.
In this regard, a resolution to set up a Constitutional Assembly was presented in the Parliament by Sri Lankan Prime Minister Ranil Wickremesinghe.
The present constitution adopted in 1978, has powerful nature of the Presidency which has become controversial in the past due to the growing authoritarian and personality cult tendencies in a single office.
Constitution making process