Sri Lanka Election: Gotbaya Rajapaksa to be sworn in as new President 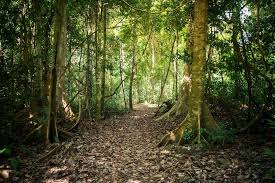 The former wartime Defence Chief Gotabaya Rajpaksa of Sri Lanka has won the Presidential Election. He took 52.25% of vote against his rival Sajith Premadasa. Mr Rajapaksa won in Sinhalese majority areas and Mr Premadasa had scored in regions that were dominated by the Tamilians.

The previous Government had close ties with China. Political experts are worried about the ballooning debt to Beijing. The regional powers especially India is concerned about the extent of Chinese influence in the country. Rajapaksa has told the reporters that he is planning to restore the relations with China. On the other hand, Mr Premadasa was leaning towards US and India.

Falling into debt trap, Sri Lanka has leased the Hambantota port to the Chinese for 99 years.