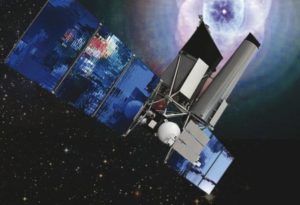 Russia launched a Powerful X-ray space telescope called Spektr-RG from cosmodrome in Baikonur, Kazakhstan, in a joint project with Germany. The launch of telescope was originally scheduled for 21 June 2019 but was postponed twice because of a battery problem.

It is developed by Russia as a joint project with Germany.

It is launched to observe black holes, neutron stars and magnetic fields.

It is a space observatory that intends to replace Spektr-R, known as the Russian Hubble, which Roskosmos (Russian space agency) lost control of in January 2019. Spektr-R was launched in 2011 and now its successor Spektr-RG will take up its duties.

Although since 2011, Russia has been only country capable sending teams to International Space Station (ISS) but in recent years Russia’s space programme that was a source of great pride to nation, has suffered a series of humiliating setbacks, although country remains committed to ambitious projects.

A series of recent setbacks along with corruption scandals within Roskosmos and competition from Elon Musk’s SpaceX have threatened its monopoly.

The next launch to ISS by Russia is scheduled for July 20 and it will carry an Italian and US astronauts together with a Russian cosmonaut.

The Astronomers have spotted massive hot UV-Bright stars in Milky Way Galaxy with the help of UVIT. ...

The Himalayan Chandra Telescope is located at the Indian Astronomical Observatory (IAO). It has been...

The Hubble Space Telescope of NASA recently identified a feathered spiral galaxy. The galaxy is loca...

At a Paris Summit mediated by Germany and France, Russia and Ukraine agreed to restore peace by impl...

NASA has detected three new planets in a nearby star system. These 3 planets – one slightly la...