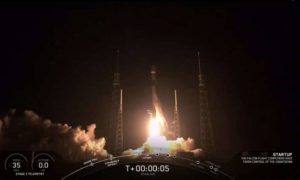 SpaceX launched a rocket carrying the first 60 satellites of its ‘Starlink’ constellation, from Cape Canaveral, Florida in US. The SpaceX’s new array of Starlink communication satellites is intended to provide Internet from space