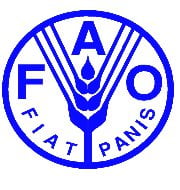 Sikkim was awarded UN Food and Agriculture Organisation’s (FAO) Future Policy Gold Award (Gold Prize) for its achievement in becoming the world’s first totally organic agriculture state. Sikkim beat out 51 other nominees from around the world for the award. Policies from Brazil, Denmark and Quito (Ecuador) were joinlty Silver Awards.

The prizes honour exceptional policies adopted by political leaders who have decided to act, no longer accepting widespread hunger, poverty or environmental degradation. This award in nicknamed the “Oscar for best policies”. Previously it was honoured for policies combating desertification, violence against women and girls, nuclear weapons and pollution of the oceans. This year’s award based on central focus of agroecology policies and was co-organised by FAO, World Future Council (WFC) and IFOAM – Organics International. Agroecology has potential to increase farmers’ earnings and make farms more resilient to climate change as erratic rainfall and extended dry periods hamper food production.

Sikkim is first organic state in the world and all farmlands in the state are certified organic. State’s policy approach reaches beyond organic production and has proven transformational for its citizens. It primarily focuses socioeconomic aspects such as consumption and market expansion, cultural aspects as well as health, education, rural development and sustainable tourism.
The policy implemented by state of organic farming has phased out chemical fertilisers and pesticides, and achieved total ban on sale and use of chemical pesticides in the state. The transition has benefitted more than 66000 farming families in state.
Transition to 100% organic state also has greatly benefited its tourism sector and numbers of tourists have increased by over 50% between 2014 and 2017.  With this Sikkim has set excellent example for other Indian states and countries worldwide for successfully upscale agroecology.

It is specialised agency of UN that leads international efforts to defeat hunger. Its parent organization is UN Economic and Social Council (UNESC). It was established on 16 October 1945 and its headquarters are in Rome, It has 194 member states, along with European Union (member organization).