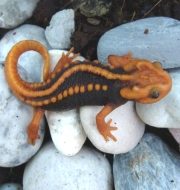 Scientists have discovered as many as 163 new species in the ecologically diverse Greater Mekong region of the Southeast Asia. It includes 3 mammals species, 9 amphibians, 11 fish, 14 reptiles and 143 plants.
These species were discovered in Cambodia, Laos, Vietnam, Myanmar and Thailand. It was revealed by World Wildlife Fund (WWF) report.