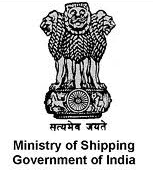 SAROD-Ports, stands for Society for Affordable Redressal of Disputes – Ports, was launched by Union Minister of State for Shipping (I/C) Shri Mansukh Mandaviya on September 10, 2020 through a virtual ceremony in New Delhi.

SAROD-Ports will advise and assist the arbitration in settling the disputes in the maritime sector including the ports and shipping sector including the Major Port Trusts, Non-major Ports, private ports, terminals and harbours. It is also going to cover disputes between granting authorities and Licensee or Contractor arising during the course of execution of various contracts. SAROD-Ports is similar to SAROD-Roads in Highway sector constituted by National Highways Authority of India (NHAI).