Rashad Hussain appointed as US Special Envoy and Coordinator 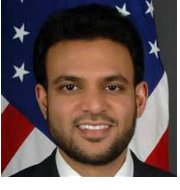 Rashad Hussain, an Indian-American  has been appointed United States (US) Special Envoy and Coordinator for Strategic Counterterrorism Communications.
He will hold both posts. Prior to this appointment, he was Special Envoy of the US to Organisation for Islamic Countries (OIC).
As Special Envoy he will lead a staff from a number of U.S. departments and agencies to expand global engagement and partnerships of the US to counter violent extremism.
As part of new role, he will also coordinate, orient, and inform government-wide strategic communications focused on violent extremists and terrorist organisations.