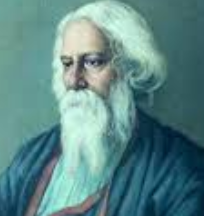 Rabindranath Tagore Literary Prize for social achievement was awarded to Yohei Sasakawa, the World Health Organization Goodwill Ambassador for Leprosy Elimination, for “his incredible efforts to uproot leprosy and great contribution to world peace”.
Taiwan President Tsai Ing-wen was awarded as a beacon of democracy”, the organisers said.

TagorePrize is founded and launched with a strong vision to be a platform and a vehicle for improving and inspiring World Peace, Literature, Art and Education. The prizes promotes the culture and beauty of literature just as Rabindranath Tagore had taught us to, but also, the culture and society of tolerance, harmony and non – discrimination.