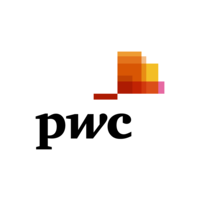 The leading international, London based consultancy firm PwC (PricewaterhouseCoopers) International Limited released the results of its annual survey of Chief Executive Officers (CEOs) across the world on Monday, 20th January 2020. The firm surveyed more than 1,580 CEOs in 83 countries about global economic prospects. As per the survey, the United States has the highest growth prospects, according to the CEOs, followed by China and Germany in the second and third place respectively. Despite 10 year low witnessed in confidence in the global economy, India has retained its position at the 4th place in rankings, as 9 percent of the CEOs believed that for the growth of their organizations, India will be the most important region in the future. The report also stated that 53 percent of global CEOs believe international economic growth would decline in the next 12 months.  The report was prepared after conducting a survey from more than 1,580 CEOs from across 83 countries globally. The United Kingdom was ranked 5th in the report ranking.