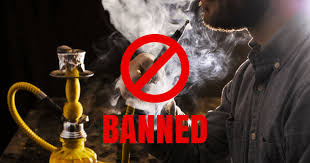 Punjab becomes third state in the country after Maharashtra and Gujarat  to ban hookah bars or lounges. The ban was announced through law after President Ram Nath Kovind gave assent to Cigarettes and other Tobacco Products (Prohibition of Advertisement and Regulation of Trade and Commerce, Production, Supply and Distribution) (Punjab Amendment) Bill, 2018.  The objective of this law is to check use of tobacco in various forms and prevent diseases caused by use of the tobacco products.

The Bill was Punjab state assembly in March this year with an aim to bring the law in force to check the use of tobacco in various forms and prevent diseases caused by the use of tobacco. The law was enacted due check unregulated growth these hookah parlours and rapid increase in trend of ‘hookah-sheesha’ smoking in the state. Moreover, there were complaints of drug consumption in these hookah bars across the state.

Smoking of hookah increases health risks, which includes exposure to toxic chemicals that are not filtered out by water. It also results in transmission or risk of infectious disease like tuberculosis (TB) from sharing a hookah. As per study, an hour’s average of hookah includes 20-200 puffs, delivering 50 litres of smoke contain, hazardous and carcinogenic chemicals.